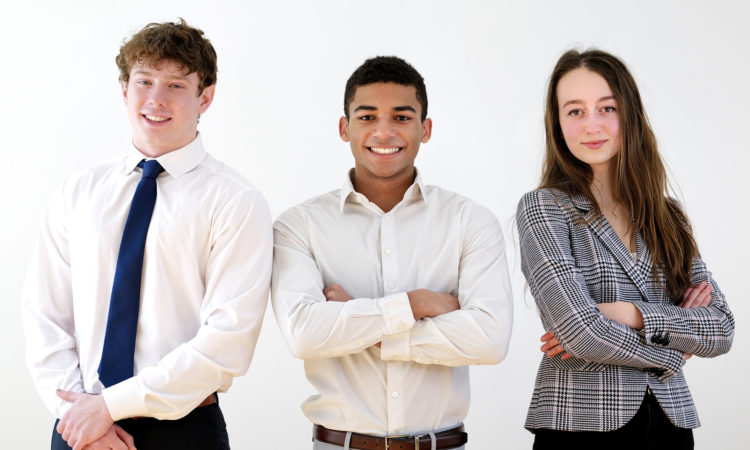 The idea is simple. Users register online and then text what type of food they want to Byt’s phone number (provided after registration). Byt’s algorithm then responds with a coupon to a local restaurant that matches the ask. For example, a user may text “pizza” and receive a coupon to a local pizza restaurant. The user then shows their coupon to the cashier or waiter to redeem their discount.

If a user requests a food that isn’t offered by one of the participating restaurants, the algorithm will respond with a message saying it doesn’t have a matching promotion currently available. Users can also text the word “promos” to see all current coupon offerings. Occasionally, the algorithm will send push notifications on a restaurant’s behalf, such as a reminder about a deal expiring soon. 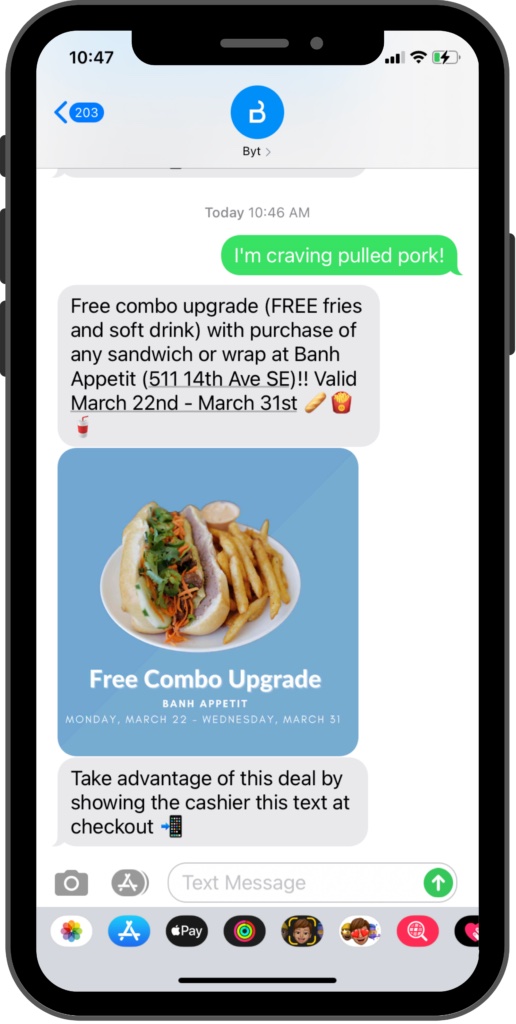 Because Byt doesn’t require an app download for users or system integration for restaurants, Mateega said Byt is seamless and simple for all parties involved.

The startup’s impact is twofold: Local restaurants gain customers and increased visibility, and users save money while supporting local businesses.

“People are able to save a little money on food, while supporting the Minnesota economy and small business owners in the process,” Mateega said.

Inspiration for the startup came from a shared passion for technology, business, and entrepreneurship, Mateega said, as well as a desire to help the community get through Covid-19.

“We wanted to make something meaningful,” Mateega said. “It really started with the restaurants and how hard they’ve been hit, and then we brainstormed further into helping college kids save money during the pandemic, too.”

Mateega tackles the business side of the startup, while co-founder Carson Bring handles the tech and coding. Wayzata High School junior Nina Berglund helps the duo to take charge of digital marketing and communications.

So far, Byt is only in Dinkytown, partnering with Nutrition U, Avocadish, Banh Appetit, Mi Tea, and Korean Bowl. Mateega said the company plans to expand further into the Twin Cities and Minnesota and to launch in other college towns as well.

“I was blown away by Spencer and Carson’s energy, passion, and confidence, and I wanted to support that,”said Alex Varouhas, Avocadish founder. “We just recently launched with them and have had some success already; it’s been worthwhile for us.”

Despite both co-founders moving out of state for college this fall, the team is confident that Byt will continue to grow. Berglund is already working on marketing strategy with two students at the University of Minnesota, and Mateega and Bring plan to establish Byt on their university campuses—University of Pennsylvania and North Dakota State University.

“This summer, we’re diving into Minneapolis and Minnesota to prove there is demand for this idea,” Mateega said. “From there, we’ll expand it next year to our colleges as the Minneapolis base continues to grow.”